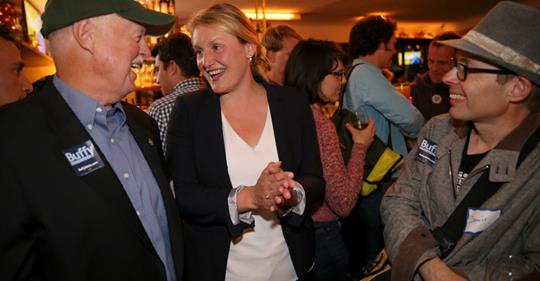 “Despite never having been elected to office before, former Obama staffer Buffy Wicks rose from relative obscurity to collect more than twice as many votes as any of her politically experienced opponents in Tuesday’s primary election for the open Assembly District 15 seat.

Among them was Oakland Councilman Dan Kalb, who likely will run against her in the November election by receiving the next most votes. In addition to council members from major cities, the field of 12 candidates included district and regional school board members. The district covers portions of western Contra Costa County and northern Alameda County.”